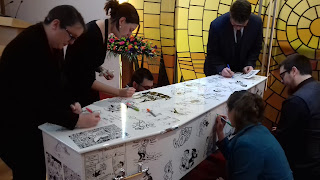 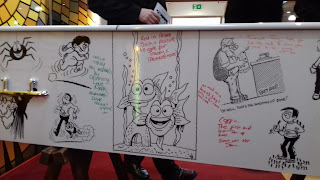 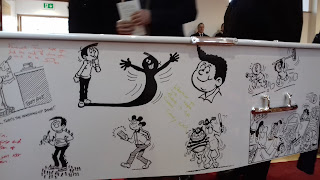 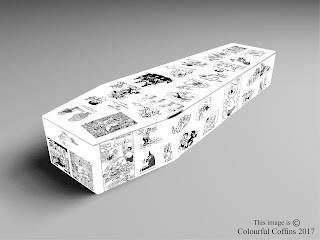 A few photos from Terry's funeral. The funeral director suggested a bespoke printed coffin, so we thought we would adorn it with images of some of the characters he created or drew through his career. At the end of the funeral service, we asked all the mourners to write their final tributes to Terry onto the coffin. There were some lovely loving comments. Some people even coloured in some of the characters. We felt is was just what Terry would have loved.
There will be an editorial obituary in The Times.
I would love to thank all the bloggers out there who have posted loving tributes over the past month.
All the best,
Russell
(Terry's son).
Posted by Unknown at 01:30 3 comments:

It is with great sadness that I have to announce that Terry Bave passed away peacefully on 6th December 2018 aged 87 in Westward Ho!. He will be sadly missed by wife Shiela and son Russell, and his grandchildren Jennie, Sophie, Carey, Sam, Isaac and Rosie, and his great-granddaughter, Lily.  Funeral service at the North Devon Crematorium on Friday 4th January at 1.40pm. Family flowers only please. Donations for the Earl Mountbatten Hospice, Isle of Wight or c/o Richard Williams Funeral Directors, 8 The Square, Northam EX39 1AR.
Posted by Unknown at 08:35 No comments:

Along with many other citizens I spent the day counting the different species of birds that arrived in my garden. Then this very strange, thin, somewhat alien looking bird appeared! 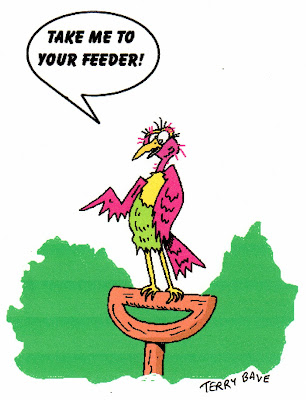 Wishing you all a very Happy Easter!
Posted by Unknown at 09:24 4 comments:

So much has happened!

As Blogger is a new entity for Terry, he has asked me (son) to post a picture up here. It's a sketch he whipped out for the Cartoonist Club magazine directly following the 101 Comic Convention in 1976.

A lot has happened in the last two weeks. The North Devon Journal wrote a lovely full page spread about the comic duo, as did the Western Morning News. This was followed up by an interview on ITV's local news programme, 'West Country', and now an interview with The Isle of Wight County Press. They were not just celebrating the book, but also the recent 60 year wedding anniversary - an achievement that deserved celebrating!
Posted by Unknown at 01:40 8 comments:

Terry's new book, Cartoons and Comics, with over three hundred pages of reminiscences, artwork and original cartoons is available from Lulu. It's £12.74 (plus p&p) and absolutely packed with artwork dating from 1947 onwards. 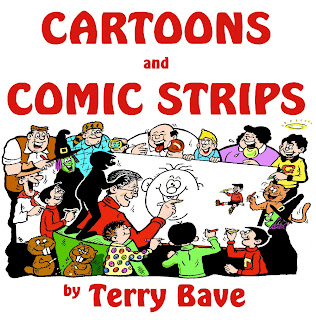 Last year, feeling a bit twitchy after entering retirement and moving house, Terry decided to write a memoir of his life as a professional artist, both as a cartoonist and drawing for comics. He had documented a life punctuated by drawing cartoons, from amusing his classmates and teachers at school until the present day, when he still designs and draws unique cards for his family. He has been associated with many iconic characters, and tells of creating new characters as well as advancing established ones. He was fortunate to be drawing in the heyday of comics, from the sixties on, and has documented their rise and fall. Packed with his own drawings from magazines, newspapers and comics, the book demonstrates his art. With, of course, the help of: 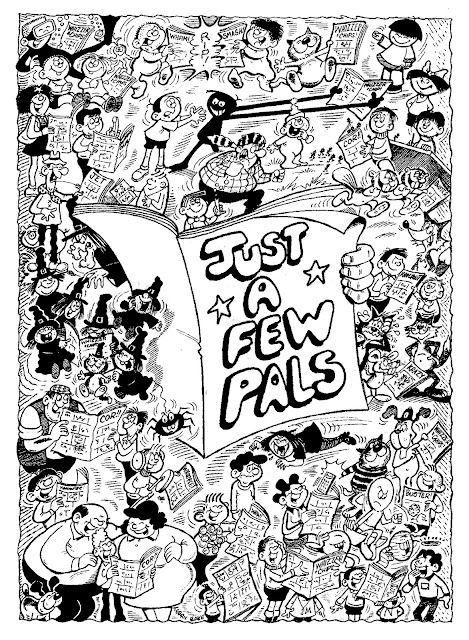 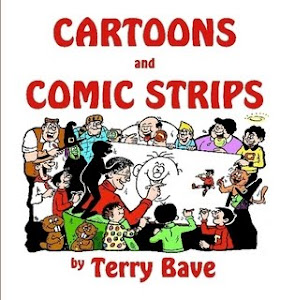 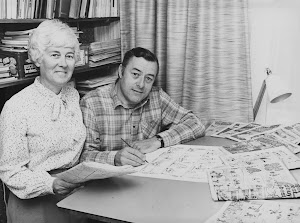